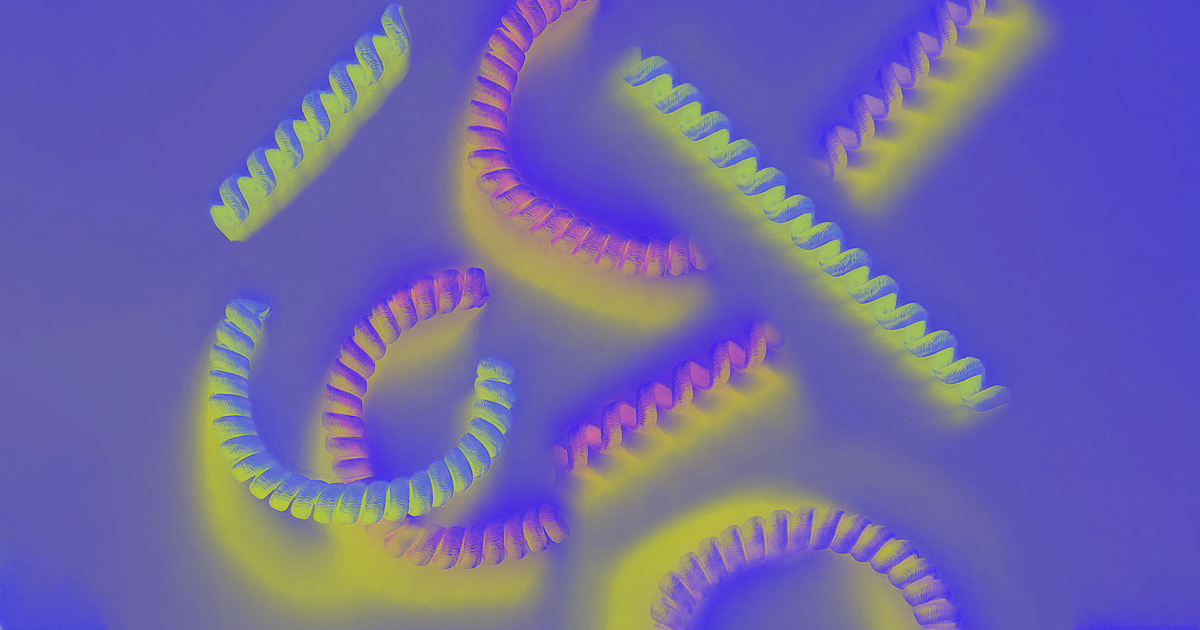 Researchers have created a “nanofiber yarn” that they say could help repair damaged muscles and tendons, while also allowing a patient to retain use of the injured area.

“When you repair muscle or tendon, you really have to fix their movement for a period of time, by wearing a boot, for example,” MIT research Ming Guo told MIT News. “With this nanofiber yarn, the hope is, you won’t have to [be] wearing anything like that.”

In a paper published on Wednesday in the journal Proceedings of the National Academy of Sciences, Guo and fellow researchers from MIT and Beihang University detail how they engineered the nanofiber yarn by creating tight coils out of hundreds of thousands of aligned nanofibers made from biocompatible materials.

They then seeded different types of live cells, including muscle cells, along the coils. After stretching the coils to six times their original length, they found that most of the cells survived and continued to grow — the coil shape appeared to “shelter” the cells from dying as a result of the movement, Guo told the MIT blog.

“We may be able to one day embed these structures under the skin, and the [coil] material would eventually be digested, while the new cells stay put,” he told MIT News. “The nice thing about this method is, it’s really general, and we can try different materials. This may push the limit of tissue engineering a lot.”

From Around The World

Canada’s use of Huawei 5G would hamper its access to U.S. intelligence: U.S. official

Beginner: Are you stuck in programming should not do

Itmagazineme - April 11, 2020 0
Cyber Security
Happy Sunday from Software Expand! In this week's edition of Feedback Loop, we talk about the future of Windows Phone, whether it makes sense...

These cows already have 5G, and you don’t

Audi recalls its first electric car in the US due to...

Itmagazineme - June 11, 2019 0
Futuristic Technology
About 540 E-Tron SUVs are covered by the voluntary recall, though no fires have been reported Audi has announced a voluntary recall on the E-Tron, the company’s...

NASA’s first human spaceflight departing from US soil in nearly a...

This tiny rover will test how well small mobile robots can...

TO PREVENT THE APOCALYPSE, MIT SAYS TO STUDY …